One week in a new city and I am finding my way around. Of course now I know the way to work, the short cuts to avoid steep roads and long waits at the lights on the morning commute to the motorway. It takes me between 20-25 minutes to get to work even with the minor jams on Tinakori Road. To an ex-Aucklander that is the time I would take to go from one end of the Ponsonby Road to the other at 40K during the morning peak traffic hours whether by car or on the Link Bus. This drive to Porirua is a piece of cake. So that is sorted.

After a week of unpacking and starting work it was time to go into the city and hang around, understand the bus routes and browse the shops. Wellington has some quirky fashion stores ranging from designer clothes to second hand, recycled, hand made everything. Wellingtonians dress more laid back than Aucklanders but what was obviously missing was the Asian influence. None of the kawaii, or the East Asian style Western clothes that Gwen Stefani tries so hard to copy for her fashion line Harajuku Lovers. Not even the East Asians on Cuba St. had that look. I guess I’d have to travel regularly to Auckland to get my fill. 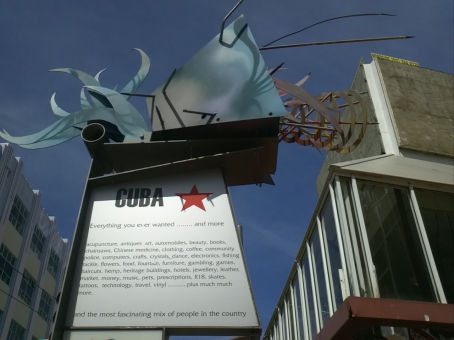 But what one needs when settling in a new town is the Asian grocery stores. Where do I get my rice, my papads, the pickles, the savouries, the lentils? Will they be the same as in Auckland? Will I find packets of instant dosa and dhokla mix? Oh and where do I get my eyebrows threaded? Definitely not in the gora peoples’ beauty salons! Not at $20 a pop; not when I can get them done for $10 max.

Wellington is not as diverse as Auckland and I am probably going to have to travel further from home to get Asian groceries or my eyebrows trimmed. I do not even have any Indian female friends in Wellington and no point asking the guys. So it is going to be the trial and error technique. More grist for a blob post I suppose.

2 thoughts on “First Week Of A New Life.”