A couple of weeks ago, at a programme organised by a government department, a Pakeha woman explained the importance of retaining and maintaining one’s native tongue in New Zealand. ‘Your language is very valuable. It is your culture. You must not lose it in New Zealand. You must speak your own language’, she implored to a mostly, inherently (I would like to think) multicultural audience. She was earnest and meant well. Us three South Asians huddled after and had a bit of a laugh. That woman was telling us what we already knew and were doing. Somewhere in the hallowed corridors of PCdom it was time to tick the multicultural box and this was the bureaucratic exercise. We should to tell the migrants that they need to maintain their language, culture, etc, whatever. Tick. Job done. When’s the next festival 🙂

A posterchild for us ethnics here in Aotearoa once warned me about the state of (mental) ‘purity’ and stirring up s**t. ‘No one will take you seriously.’ So I call myself the ex-victim. I mean I continue to be a victim. Try being single and a brown woman. Or just a single woman in Indian society. Anyway. Weird, eccentric, irreverent, ex-victim, victim. PCdom says, you are either with us or with them. We are fighting for justice, for you! And you tell us we are wrong? We stand up, for you! This world order needs to be corrected. This is for you! We protest for you!

I don’t oppose the motive. Thanks for fighting for me. The world order does need to be corrected. Thanks for fighting. But should I not also decide how to fight this battle? What if I say I want justice but also to move on? You say justice first and foremost, forgiveness after. It is the method with which I disagree. The method and the power structure.

That standing up for your rights, demanding justice, moving on/reconciliation/forgiveness and introspection go together, hand in hand has been amply demonstrated by Mahatma Gandhi and Nelson Mandela. That is also stimulates dissent rather than silence it is well documented in history. (Bastion Point commemorations this week are about reconciliation. Not like all tangata whenua, Maori, the people of the land, have got all the justice they seek yet. Bastion Point photo; Bastion Point)

I don’t want to be a victim, sure. And it is not my fault, of course. Don’t blame the victim! But I stand up and say that if you, my friend, my benefactor who fights for me keep calling me a victim, poor thing; keep telling me how I can survive in the big capitalist world, make me dependent; keep telling me that I am a sweet innocent thing, incapable…then it just makes me that.

The colonisers told me I was useless, a savage, less civilised than them. My colour, my language, culture, customs all inferior. You beckon me once a year during my festival to prove how wonderfully multicultural Aotearoa is. My colour, my language, culture, customs all lovely, coo-worthy and…exotic. Still stereotyping; reducing my complexity to singular-easy-to-consume-multicultural-byte. Giving me space (thanks); not letting me create and own it because you want to decide how ethnics/migrants should be, poor things.

Equity within the power structure?

And then the blind eye to the cultural baggage within the ethnics. Oh of course we are not supposed to have capitalists, fundamentalists, racists etc amongst us. That does not fit into the the scheme of victim things. Gee and if there is then the ethnics/migrants can sort it out themselves. It is too complex…we just save their souls. Actually ours.

I am going to hell, got my ticket, it’s laminated, on my wall. I’d rather not be a victim all my life, even when I face injustices.

Last week I put up a notice for ‘unpaid’ Indian extras on our local Aotearoa Ethnic Network (www.aen.org.nz) . This is a network of ‘ethnic’ types and those not-not coloured or refugees or migrants…basically politically correct gora government and academic types (lovely people some of them, really). It is a useful forum. Quiet for days with only notices for events, research and ethnic activities and then a burst of drama, arguments, controversies and opinions. I have ranted often on AEN and usually got away with it although it has pissed off a few mostly government babus. (Oh and the Hindutva forces in New Zealand-but that’s another post.) The reality of work and putting my energies into other stimulating activities (such as this blog yeah) means that I don’t say much on AEN these days. But without meaning to be immodest 😉 controversy is like my shadow.
So I put up this notice calling for ‘unpaid’ Indian extras for an episode of our local soap Shortland Street yeah. I am associated with Shorty for some time now. I did not think anyone would take this seriously. I mean this is telly, the movies, glamour and what not right? 15 seconds of fame etc? This is not a perfect world and I made a mistake.
I did not reckon with the ‘victim’ mentality. Or the victim industry.

New Zealand is a beautiful, fascinating country. For a former British colony it has different attitudes towards many issues, unlike Australia. It is stubbornly non-nuclear (so far), did not directly participate in the invasion of Iraq and it has the Treaty Of Waitangi (www.treatyofwaitangi.govt.nz) . An amazing document that sets out an equitable relationship between the Crown (government/colonisers) and the Maori, the indigenous people of Aotearoa. That the Brits did not stay true to it is another story. Te Tiriti O Waitangi lays the framework for a bicultural nation. And now New Zealand is a multicultural nation with a bicultural basis. Not complicated at all. Because the rulers/government/goras are still superior to the rest of us (Maori, ethnic, coloured, whatever).

Politically correct liberal types always amuse me. These are the people who feel guilty about colonialism, colonisation, greenhouse gas emissions…just about everything that ‘bad’ Western nations indulge in where African, Asian, indigenous and all other types of non-whites suffer. It is a worthy occupation. Of course reparations for past injustices must be made, apologies must be given for wrongdoings, there must be awareness of human rights, gender equality, religions freedom, democracy and all people must be sensitised towards another’s culture etc etc. That is why New Zealand is multicultural-because all immigrants (coloured/non-English speaking) are given space and sometimes funding towards celebrating and maintaining their culture-because we would otherwise feel intimidated and left out and would not assimilate. Not a bad idea and indeed an appropriate one. So it happens all the time, this celebration. All the festivals, the clothes, the food, culture…exoticism. Because we are the victims of colonialism, racism and all the other bad things that Western (or sometimes our own) imperialists did. And we have to be grateful for this constant celebration, for the political correctness that allows us this space, for liberals and government agencies that feel sorry for us. Because we are the victims and these others our saviours. Because we apparently do not have the ability to stand up for ourselves, to ask questions, to fight for our rights, to work in the thick of the mainstream without selling the soul…and we believe it. There is an entire industry built around perpetually endorsing this mentality. The victim industry.

It is interesting, this victim industry. It’s heart is in the right place but for all the PC attitude it projects, it still preserves the colonialism it purports to correct. The power equation is of the victim and the saviour, the definer and the defined, the ruler and the ruled, benefactor and beneficiary. It is still lopsided, still about the government agencies deciding who we should be-best in our safe ghettos so that it all looks bright and wonderful and exotic and everyone feels good.

So the victim mentality came to the fore when I put up this notice. It was the usual drama, arguments and opinions but it was the lack of trust that stung me and the victim mentality, rather that it existed, so embedded in the brain it hovered over every interaction with the mainstream. So smug in itself that shouting victim would make the producers pay. They were going to anyway. It was my mistake I took it lightly, that the cheap thrill to be on telly would be more appealing than an analysis of the economics of the television industry and how it uses ‘victims’.

So colonialism lives on. In our colonised minds. Thanks to the victim industry.

Oh, I’ll need to update the readers about the next free Bollywood dance performance that Indian kids give to enthralled audience that need reassurance about multicultural New Zealand. :-* 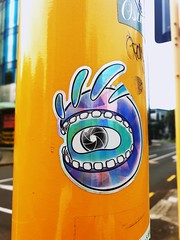