I am not sure I can write poetry at all.

I am just pretentious, a wannabe poet.

I would never be able to go on a stage and read this.

This is not really poetry.

Well, being a doctor, a GP, and experiencing this resistance from patients….mumpsimusses indeed.

I noticed that there has been an outbreak of mumps among students in the Dublin area (including a case in Maynooth). I had mumps when I was a kid and I can tell you it was no fun at all. I had thought mumps had been virtually eradicated by vaccination; the MMR vaccine was brought into use in the UK in 1988, and I had mumps long before that. I suppose one can lay the blame for the current outbreak at the door of the anti-vaxxers.

That brings me to one of my favourite words – yet another that I found out while doing a crossword – mumpsimus. Here is (part of) the OED entry:

Wikipedia gives “traditional custom obstinately adhered to however unreasonable it may be”, which is in the OED further down the page. 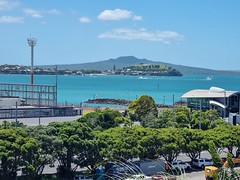